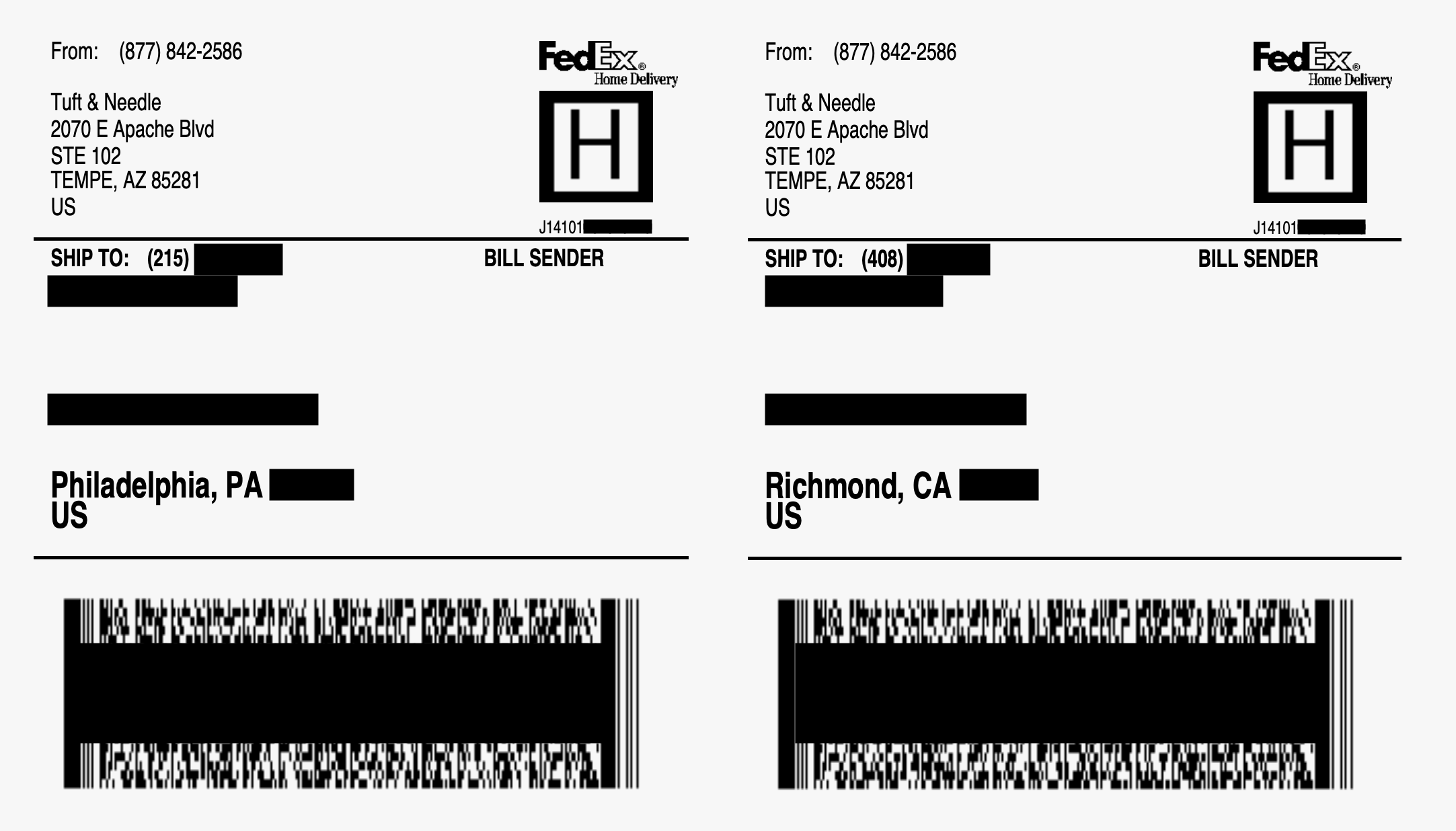 (Tuft & Needle customers shipping label information has been blacked out)

American Bed Company Tuft and Needle Forgot to Secure Server an amazon web servicer holding thousands of customers shipping labels unprotected, In an age where hackers are targeting big brands more than ever.

The Amazon server contained thousands of shipping labels that had the full information of customers names, address, and phone numbers. More than 236,400 shipping labels were found on an Amazon web services (AWS) storage bucket.

Often these AWS storage servers are configured with the wrong settings, such as leaving the server to ‘public’ and not ‘private’.

A UK based Information Technology found the server vulnerability. After Tech Crunch reached out for a statement on the data breach, a spokesperson from the company said “We’ve secured any potential exposure and are investigating the matter further,” said spokesperson Brooke Figlo in an email.

Tuft & Needle has said they would comply with any state data breach laws, but did not say if they would inform customers.
This isn’t the first time American companies have been hacked.

What might be the biggest hack in history at the moment, In 2013 Yahoo was hacked, the first time 500 million users had their real names, email, date of birth, and telephone numbers stolen. In 2014 it happened again for 1 billion accounts. In 2017 they updated that it was actually 3 billion accounts.

In 2014 Marriot was hacked and 500 million customers personal information was stolen, they didn’t learn about it until 2018. In 2014, Ebay was hacked, with hackers stealing information from 145 million profiles including names, addresses, date of birth, and passwords.

Target estimated that the corporate hack cost them about $162 million. Read more about All American companies that have been hacked here.