Judge Sides With Plant Based Labels 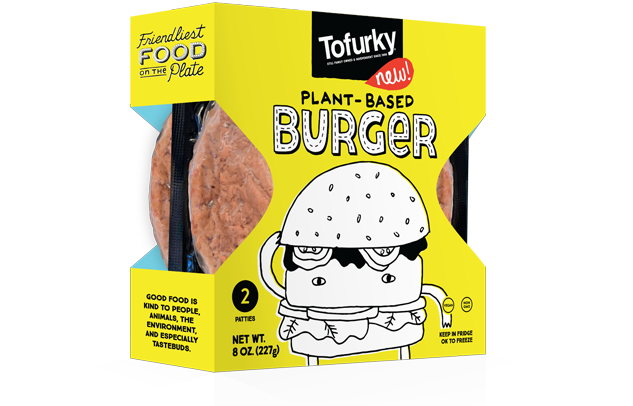 Arkansas recently passed a law that would ban all plant based meat labels and products from claiming they are meat.

According to the law, Meat manufacturers of plant-based foods cannot put “burger”, “sausage”, “roast”, or “meat” on their custom labels.

The Law is called “Act 501” and passed in March of 2019. The law has not been enforced since it was approved. If it was, meatless meat manufacturers like “Tofurky” would be forced to stop selling their plant based-meat products and meat labels in Arkansas.

To Fight, Or To Change Food Labels

The other alternative for the plant-based meat manufacturers is to change their food labels and descriptions. But this could confuse consumers, and also hurt plant-based food sales. The new food labels would not be allowed to claim words like “burger”, “sausage” or “meat” on their product labels. The new plant based labels would have to claim strange and vague descriptions like "savory plant-based protein" and "veggie tubes."

The ACLU (American Civil Liberties Union) and The Good Food institute challenged this law in July 2019. The groups claim that the law is just an attempt for the cattle, poultry and meat industry to protect their profits. It is not hard to see why the plant based foods are under attack, if the trend catches on it could put a big dent in the meat and dairy sales, forever.

Judge Kristine Baker of the US District court for eastern district of Arkansas granted an injunction that prevents the state from enforcing the law while the case is ongoing. In her order she made clear that the law appears to violate free speech clause of the first amendment, just as Tofurkey argued. She has predicted that the state of Arkansas will lose the case.

Plant Based Labels Vs Meat Labels

Arkansas argued back that the law is made to protect consumers from being confused by false food labels and claims.

"The State argues that Tofurky's labels for its plant-based products are inherently misleading because they use the names and descriptors of traditional meat items but do not actually include the product they invoke, including terms like 'chorizo,' 'hot dogs,' 'sausage,' and 'ham roast,'" says Judge Baker.

Under the first amendment, these claims on meat labels would not be protected commercial speech the state of Arkansas said.

"The State appears to believe that the simple use of the word 'burger,' 'ham,' or 'sausage' leaves the typical consumer confused, but such a position requires the assumption that a reasonable consumer will disregard all other words found on the label," Judge Baker wrote. She goes on to say that the Tofurky product labels contain many other keywords and terms that tells consumers the meat is plant based, and not animal products. She also says that there is no evidence showing consumers are confused with plant based labels, and real meat labels.

"As a result, Tofurky is likely to prevail on its arguments that its labeling is neither unlawful nor inherently misleading and that Tofurky's commercial speech warrants First Amendment protection," Judge Baker concluded.

Jaime Athos, CEO of Tofurky, said in an emailed comment: "I am thrilled by the Court's ruling today, but not particularly surprised. The actions of the Arkansas state legislature were a betrayal of their duty to their constituents and a blatant perversion of the purpose of government. Unfortunately, it is a little early to break out the champagne because this injunction currently only protects Tofurky in Arkansas, and there are many other plant-based companies that are still at risk there, and many other states have passed similarly unconstitutional legislation."

As of December 2019, many meat product and dairy product companies have been increasingly attempting to limit the use of words like “milk” and “meat” in other states on custom labels as meatless and dairy free products continue to become more popular.

One thing is for sure, which ever side wins, there will be many label printers printing new custom labels with the updated, legally correct verbiage.