Dean Foods has announced they have filed for bankruptcy on November 12th 2019.

The dairy beverage company and Milk processor stated “Despite our best efforts to make our business more agile and cost-efficient, we continue to be impacted by a challenging operating environment marked by continuing declines in consumer milk consumption,” said Eric Beringause, chief executive of Dean Foods. 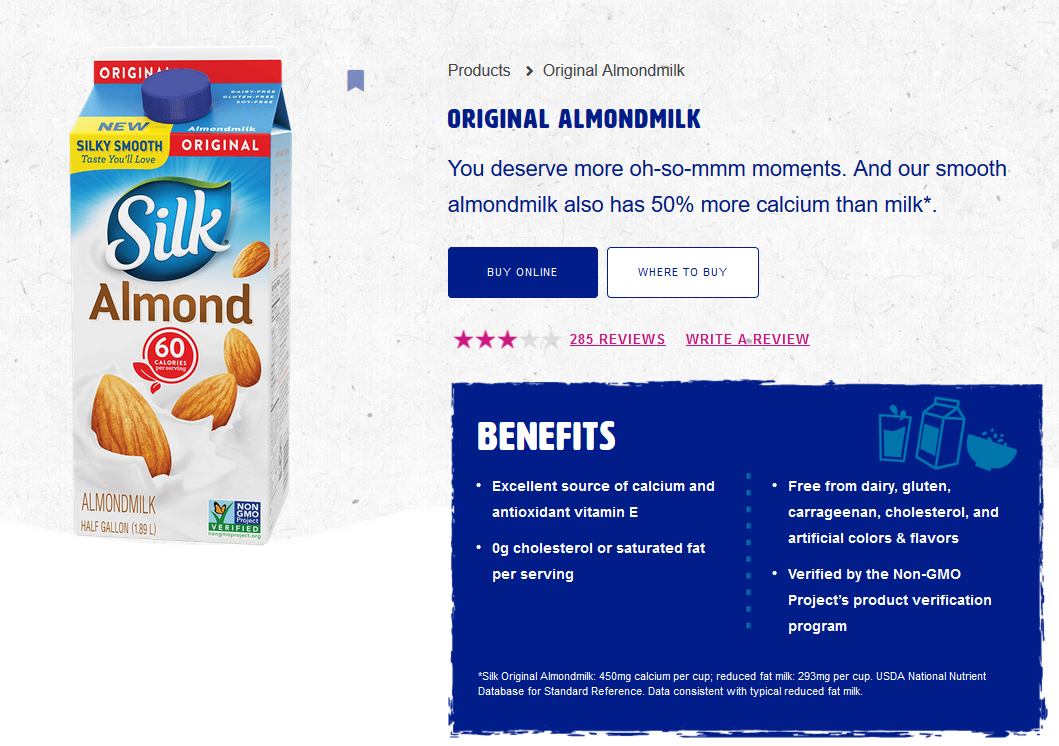 These new non dairy milk beverages make it a point to advertise on their custom labels that their beverages do not contain milk from a cow, and are produced with plants

This makes the drinks popular with lactose intolerant people, vegans and vegetarians. Another reason these plant based milk beverages are trending is because consumers are more aware of growth hormones and antibiotics often found in cows milk. Another reason is for the inhumane cow treatment.

The trend is worldwide, and oats, hemp, pecan, quinoa, hazelnut, cashews, and flax milks are setting a global trend for alternative milk drinks to see sales of $10.9 billion in 2019, according to Market Watch.

There has even been a peanut milk that made waves earlier this year.

The demand is so popular for these new nondairy beverages that Almond milk and oatmilk have consumers buying out all available beverages on the grocery store shelfs. The demand for the new plant beverages is so popular that the company had to limit online sales to 1 per customer.

Consumers love the new oat milk so much that when product stock was out of stock, one consumer on Amazon purchased a 12 pack for $226, the regular retail price for a 12 pack of oat milk is $25.

The oat milk manufacturer Oatly even posted an update on Twitter about out of stock supplies. 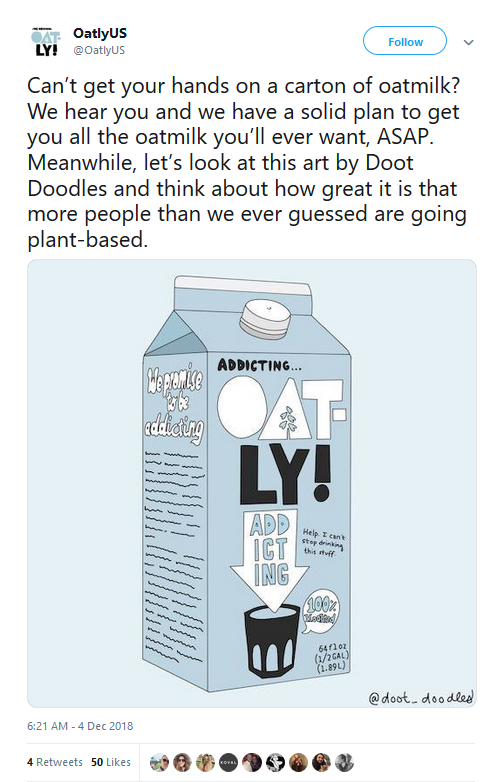 “Can’t get your hands on a carton of oatmilk? We hear you and we have a solid plan to get you all the oatmilk you’ll ever want, ASAP. Meanwhile, let’s look at this art by Doot Doodles and think about how great it is that more people than we ever guessed are going plant-based.” 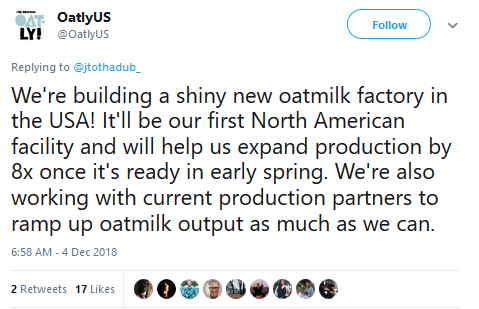 “We're building a shiny new oatmilk factory in the USA! It'll be our first North American facility and will help us expand production by 8x once it's ready in early spring. We're also working with current production partners to ramp up oatmilk output as much as we can.” 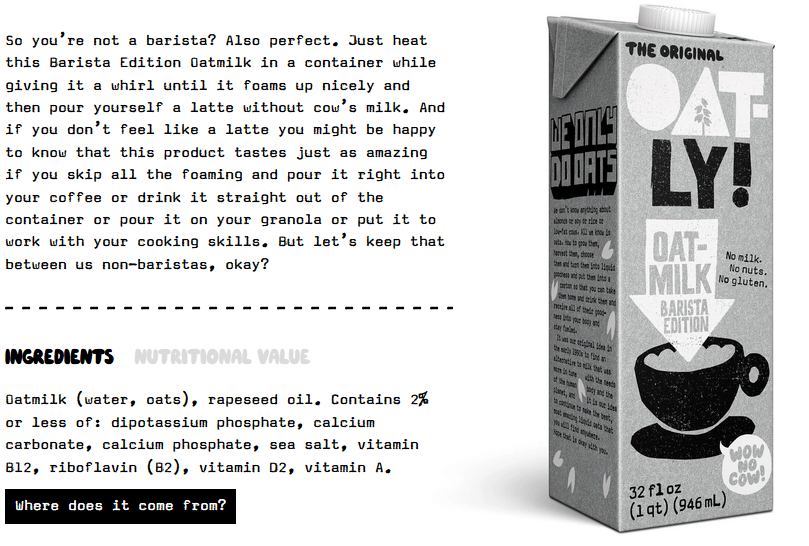 The first ingredient in the Oatly oatmilk is oatmilk. This makes the beverage a smart choice for lactose intolerance people, vegetarians, or vegans. Oatly also advertises that their oat milk is perfect for barista’s:

“So you’re a barista? Perfect. This carton of Barista Edition Oatmilk is made from liquid oats which means it isn’t overly sweet or excessively heavy. What it is, is fully foamable putting you in total control over the density and performance of your foam so you can showcase your latte art skillz, sorry we mean skills. Anyway, give it a try and see what you think.”

The first ingredient for Silk brand is almond milk. 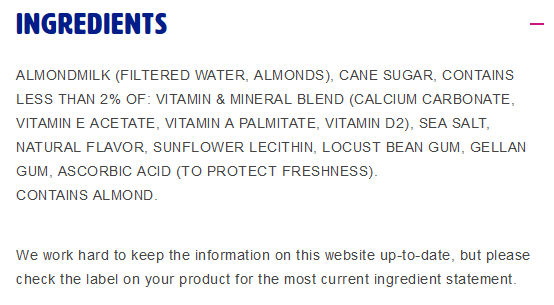 Health Benefits of Plant Based Milk

The study compares the nutritional values of the four most popular consumed types of milk beverages -- almond, coconut, rice and soy -- to cow’s milk. The findings reveal that soy is very rich in protein and also offers isoflavones, which are anti-carcinogenic phytochemicals.

“Soy milk gets a bad rap due to outdated and disproven claims about soy and various health conditions. What we now know, indisputably, is that soy is not only not harmful to human health, but likely beneficial for preventing and treating chronic diseases such as breast and prostate cancer, cardiovascular disease, metabolic syndrome, and diabetes,” says nutritionist Whitney English Tabaie, a registered dietitian.

For Michelle Silva, drinking soy milk has made her the target of eye rolls when she orders a drink with soy in it. “I did some research and concluded that soy has been around for thousands of years, and perhaps it’s not the plant itself that is the problem—it’s the processing and modification that makes it questionable. I drink organic, unsweetened, non-GMO soy milk in my coffee every day and I love its creamy texture,” says Silva.